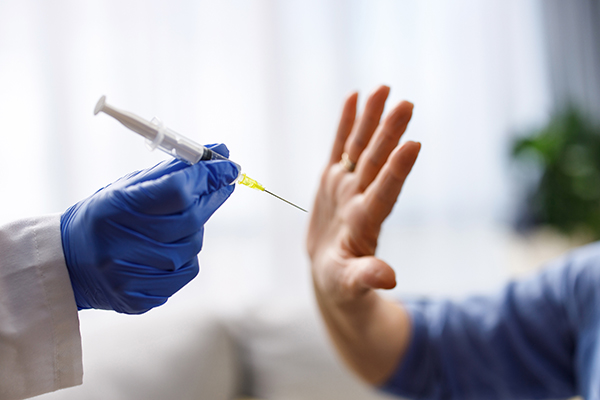 Excerpted from an article in The Atlantic by Derek Thompson

Why wouldn’t someone want a COVID-19 vaccine?

Staring at the raw numbers, it doesn’t seem like a hard choice. Thousands of people are dying of COVID-19 every day. Meanwhile, out of the 75,000 people who received a shot in the vaccine trials from Pfizer-BioNTech, Moderna, AstraZeneca, Johnson & Johnson, and Novavax, zero died and none were hospitalized after four weeks. As the United States screams past 500,000 fatalities, the choice between a deadly disease and a shot in the arm might seem like the easiest decision in the world.

Or not. One-third of American adults said this month that they don’t want the vaccine or are undecided about whether they’ll get one. That figure has declined in some polls. But it remains disconcertingly high among Republicans, young people, and certain minority populations. In pockets of vaccine hesitancy, the coronavirus could continue to spread, kill, mutate, and escape. That puts all of us at risk.

Last week, I called several doctors and researchers to ask how we could reverse vaccine hesitancy among the groups in which it was highest. They all told me that my initial question was too simplistic. “Vaccine hesitancy” isn’t one thing, they said. It is a constellation of motivations, insecurities, reasonable fears, and less reasonable conspiracy theories.

“I call it vaccine dissent,” Kolina Koltai, who studies online conspiracy theories at the University of Washington, told me. “And it’s way more complicated than being anti-vaccine. It goes from highly educated parents who are interested in holistic, naturalistic child-rearing to conspiracy theorists who want to abolish vaccines entirely.”

“I call it vaccine deliberation,” said Giselle Corbie-Smith, a professor at the University of North Carolina and the director of the UNC Center for Health Equity Research. “For Black and Brown people, this is a time of watchful waiting. It’s a skepticism of a system that has consistently demonstrated that their health is not a priority.”

“It’s not vaccine hesitancy among American Indians, but rather hesitancy and distrust regarding the entire government,” said Margaret Moss, an associate professor at the University of British Columbia School of Nursing and an enrolled member of the Three Affiliated Tribes of North Dakota. “After decades of distrust, on top of centuries of genocide, now they appear and say, ‘Here, you have to take this!’”