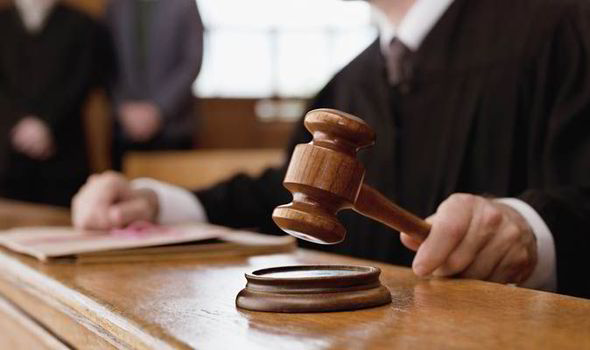 The National Association of Professional Background Screeners (NAPBS) announced this week it would pursue litigation in Arkansas against the District Court of Benton County – Bentonville Division. The decision was made after multiple attempts by the association to legally obtain public records necessary for employee background screenings and the protection of Arkansas residents.

According to a NAPBS release on Thursday, it has taken this action to ensure public safety since the court began denying requests from background screeners seeking publicly available records for consumer reports.

The court attempted to justify its decision to deny these requests through a misinterpretation of the State Supreme Court’s Administrative Order 19, which violates both the order itself and state law. Subsequent Arkansas courts followed suit. In denying these records requests, the courts are impeding the screening process at the detriment of the state’s own businesses.

NAPBS is now expected to take legal steps to remedy the situation and resume rightful background screening procedures. The association made a request to the Arkansas State Judiciary Committee on Automation. NAPBS members and Arkansas employers also weighed in with state elected officials, including Governor Hutchinson, Attorney General Rutledge and members of the Arkansas Legislature.

NAPBS will now file litigation to resolve the misunderstanding and ensure access to public record information is restored. A task force was formed by the NAPBS in order to retain local legal counsel and guide outside counsel’s decisions. The task force retained the law firm of Burr Forman to address the matter. Through May and June of 2018, demand letters were sent to the ten Arkansas courts denying record access promising legal action if access was not restored. As a result, seven of the ten have resumed providing access to records – with three remaining obstinate.

On July 20, NAPBS filed an official complaint in Arkansas State Court against Bentonville County District Court. NAPBS and its attorneys believe they have a strong case for restoring access to these records and will move forward with this action. NAPBS will consider filing a complaint against both Craighead courts in the future to restore background screening companies rightful access to public records in Arkansas.